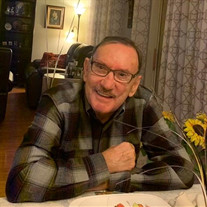 Damian Georgiev - The Miracle (12.1.1950 - 7.5.2022) Today at 9 am Bulgarian time one of the idols of our generation has left us. As a 9-year-old Damian, he started training sports gymnastics and two years later, while trying to make a "cross" he fell and broke his arm. He also did not like the attitude of coach Radil Rashkov and signed up to coach football in the "Black Sea" at Atanas Avramov - Cafe. He plays football at school as well and is the city champion with Dimcho Debelyanov school. Small in height, but fast, technical and with a good finishing strike, Damian is included in the D youth team. Dimitrov - Klecho as 13 years old. Participation in the team tour in Munich and Düsseldorf, GFR. With him, the Ch youth team. sea won bronze medals in the youth group A, and Damian is the scorer of the championship with 32 goals. His talent was noticed by the national selectors and 17-year-old Damyan Georgiev was called to the youth nation. a team where Rumyancho Goranov, Pavel Panov, Georgi Denev and Krasimir Borisov are teammates. Back in 1969 , under the leadership of Dim. Doichinov, this team won the UEFA Cup at the GDR tournament, where they were consecutively defeated by GFR (1:0), Spain (3:1), France (3:1), USSR (3:0), and in the final in Leipzig, against the hosts of GDR, the draw determines Bulgaria as the winner, after a draw cut ultat (1:1) in regular time and continuation. Damian comes out as a holder in all these matches and is the author of one of the goals against Spain. As a participant in the youth nation. Damian team plays in the 1/4 final against the Netherlands in Pleven (2:2). In the guest team, the names of Rud Croll and the Van der Kerkhof brothers. 18-year-old, Damian is already appointed as a holder in the first team of "Ch." The sea". For the statistics it remains with his father's name, since Nikola Dimitrov is still playing in the team. He performed various functions in the attacking unit, but plays mostly as a left wing. Because of his inspirational business card of a still fragile age and his field skills, fans give him the nickname "The Miracle". Together with Bozhil Kolev, K. Tahmisian and Pl. Hristov, the Miracle is part of the most talented generation of the Black Sea school. After the drop of the ch sea "in "B" group in 1976 Damian becomes the leading figure and captain of the team. Up next season of "H". sea "returns to "A" RFG, but Damyan is disgraced by the then coach Ivan Vasilev. He's also been plagued by prolonged injuries. So, only at 28 years old, Miracle ends his competitive career and decides to engage in the coaching profession. After completing a 2-year coaching school at NSA (then VIF), Damian has been appointed coach at the DUSH of "Ch. sea" and trains the semi-international parallel in the school "Zhechka Karamfilova" and the football parallel in the Sports School, where his pupil is the current century. Coach of "Ch. sea" Ilian Iliev. Back in 1992 Damyan has been appointed coach of "Botev" Novi Pazar, where he attracts 7 of his football players from the school of "Ch. sea" and wins a place in "B" RFG, which is first, historic for the team. During the 1994-95 season, Damian leads "Lokomotive" Caspichan, then continues his coaching activity in "Ch. sea", where in 1996 it's a st. Coach. From 1996 to 2014 Damyan Georgiev works as an administrator in the zonal football union. His son Georgi Damianov records matches with the Ch. team sea" in B group in the 1990s Since 2014 Miracle was living in Florida. Roman Kerekovski talked with him. In recent months, Miracle has had serious health problems. Rest in peace to a miracle.

Damian Georgiev - The Miracle (12.1.1950 - 7.5.2022) Today at 9 am Bulgarian time one of the idols of our generation has left us. As a 9-year-old Damian, he started training sports gymnastics and two years later, while trying to make a "cross"... View Obituary & Service Information

The family of Damyan G Dimitrov created this Life Tributes page to make it easy to share your memories.

Send flowers to the Dimitrov family.