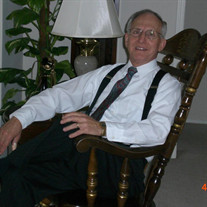 William J. “Bill” Taube, 78, passed away March 12, 2022 due to cancer. He was able to be with his wife Charlene and daughter Nikki in his final moments. He has joined his parents, brothers, sisters, and daughter Kimberly in heaven. Bill was the 8th child of 12 in a raucous, loving, teasing family. He was a disinterested student through high school, but a 3-year stint in the Navy changed the direction of his life. He married Charlene in 1969 while a University of Michigan student and a Detroit firefighter. Later he added being a 5th grade teacher and a new parent. His foray into the corporate world with General Motors (where he worked for almost 30 years) moved his family to Georgia, Tennessee, Florida, Ohio, and Texas. Despite living far away for most of his adult life, Bill was constantly in touch with his extended family and friends. He and Charlene could be counted on to help family and friends through many difficult situations; sometimes driving cross-country overnight to be where they were needed. As a parent, Bill stressed the importance of education, honesty, patriotism, and hard work. He bought his girls any book they wanted (and there were a lot of them). He taught them how to change a tire, check the oil, and fill the fluids in a car. He quizzed them on history during road trips, and stopped at every historical marker. Bill loved being a grandfather (he insisted on being called Grandfather). He allowed his grandkids to climb all over him, tease him mercilessly, and take advantage of his love of ice cream. He built them a bridge and a secret trail, and took them on endless tractor rides. He was competitive, fascinated by history, in love with junk food and dismissive of vegetables, strict with his children and indulgent to his grandchildren. He told true stories so embellished that the actual participants didn’t recognize them. He read history books voraciously and seriously, particularly those about the Civil War and WWII. He was a proud patriot. Extremely neat and organized, Bill noticed if someone put a tool out of place or a pen in the wrong order. He called the National Atomic Clock line every Sunday and set his clocks to the minute. His wardrobe was conservative, immaculate, and worn with the pride of someone who has worked his way to the top. Bill enjoyed reading books about history because they told stories of men and women who accomplished tremendous things. These great people were brave veterans, avid learners, generous teachers, courageous explorers, devoted fathers, sons, and friends. He managed to be all of those. The next time we pick up a history book, set our clocks, or eat a Mickey Mouse ice cream bar, we will remember how generous, brilliant, funny, and kind he was. Bill was preceded in death by his parents, Frank and Anne (Wisniewski), daughter Kimberly, siblings Lorraine, Marvin, Mary Ann (Ed) Bice, Frank (Joan), Donald and John (Bill’s twin). He is survived by wife Charlene (Donahue), daughter Nicole (Steven) Botwinik, grandchildren Anne, Kathryn and Aaron, and siblings Colette (Gerald) Dywasuk, Karen (the late Charles) Ross, Judy (Terrance) Burns, Janet (the late William) Kershaw, and David (Deborah), plus numerous nieces and nephews and countless friends. Family and friends may gather from 4-8 PM on Friday, March 18, 2022 in the chapel at the Osceola Memory Gardens Funeral Home, St. Cloud. A Funeral Mass will be held at 12:00 Noon on Saturday, March 19 at St. Thomas Aquinas Catholic Church, 700 Brown Chapel Road, St. Cloud, Florida. Arrangements entrusted to: Osceola Memory Gardens Funeral Home, 2000 13th Street, St. Cloud, Florida 34769. 407-957-2511.

William J. &#8220;Bill&#8221; Taube, 78, passed away March 12, 2022 due to cancer. He was able to be with his wife Charlene and daughter Nikki in his final moments. He has joined his parents, brothers, sisters, and daughter Kimberly in heaven.... View Obituary & Service Information

The family of William Joseph Taube created this Life Tributes page to make it easy to share your memories.

Send flowers to the Taube family.