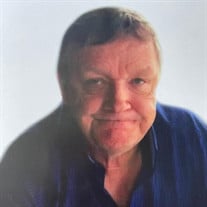 In Memory Of Virgil Guy Painter, IV April 22, 1964 - September 16, 2021 With deep sadness and heartbreak, I announce that Virgil Guy Painter, IV, known as Guy to all his family and friends, passed away on September 16th, 2021, at the age of 57, with his wife and family by his side. Guy was born on April 22nd, 1964, in Hawthorne, California. During his youth, he lived in many places, including Scotland, England, Spain, Michigan, Las Vegas, and Puerto Rico. He finally settled in Florida. Guy spoke fluent Spanish after living in Spain for many years. Guy worked many years as a Glazier, working on large buildings fitting glass into windows and doors. He started his own successful business in 2008, repairing sliding glass doors. He loved his work as it allowed him to meet and help many different people from all walks of life. Guy's true passion in life was to be of service to others. He often helped family, friends, neighbors, and strangers with an open heart with whatever they needed. He was often referred to as an "Angel" by others. Those who knew Guy well knew of his obsession with guitars, and he loved to buy them and play them loud. He also enjoyed playing golf and fishing with his friends. But his greatest enjoyment was taking his daughters, Brihannah and Savannah, to the many theme parks here in Florida. Family time was important to Guy, and he always prioritized his family over everything else. He looked forward to their weekly special dinners at Nona Blue, where they would gather as a family. Guy was married to the love of his life, Tina, who he met when he was 24, and she was 19. Guy and Tina were married for 21 loving years and together for 32 years. They have two children, Brihannah, 20, and Savannah, 14, who were the light of Guy's life. Guy had many long-time loyal friends and extended family members that he cherished. Guy is survived by Tina, his beloved wife, his daughters, Brihannah and Savannah, who he cherished dearly, and his three devoted dogs. He also leaves behind his uncle David Cuthill and step-sister Cathy Uhazie. He is predeceased by his parents Virgil and Pamela Painter. The family is holding a private Celebration of Life service and is asking for thoughts and prayers as they grieve. In loving memory of Virgil Guy Painter, IV.

The family of Virgil Guy Painter, IV created this Life Tributes page to make it easy to share your memories.