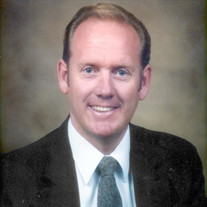 Mr. Royce E. Skaggs, 78, of Saint Cloud was called home to be with the Lord on Thursday April 15th, 2021. He was the youngest of five children born in Vincennes, Indiana on August 28th, 1942 to the late Lee Skaggs and Hettie Lee Purcell Skaggs. He was preceded in death by his brother Eugene Skaggs and sister Patsy Jane Skaggs Alonzo. At the age of five, his family moved to Key West Florida where Royce made many happy childhood memories. Such as, playing catcher and 3rd base for the Kiwanis little league baseball team, going out on the boat with his dad to maintain lighthouses along the Florida Keys all the way to Dry Tortugas, and climbing coconut trees to get coconuts for the tourists. From the age of 14-17, he spent his summers returning to Indiana to work his cousin’s farm in the tomato and watermelon fields. This is where he first met his beloved Sandy. As a teenager, the family relocated to Saint Petersburg Florida where Royce played varsity football at Boca Ciega High School where he graduated in June 1961. After High School, Royce joined the U.S Army attending Signal School in Fort Monmouth, NJ, studying radar repair and electronics. He volunteered to go to Fort Bliss, Texas for Fire Distribution Maintenance Course, studying advanced electronics and FUIF (Fire Unit Integration Facility) subsystems. When he left the Army in 1964, he held the rank of Specialist, 5th Class. In 1965, Royce married Sandra Baute in Decker, Indiana then returned to Florida where he accepted a position with Chrysler Corp., Space Division at the Kennedy Space Center in Cape Canaveral, Florida as an Airborne Telemetry Technician. He moved to The Boeing Co. as an Electronics and Instrumentation Lead Technician working on the Saturn V rockets for the Apollo space missions from 1965-1970. He had a front row seat to the making of history as man landed on the moon. Upon the space program winding down, Royce took a two-year course in Air Conditioning and Refrigeration Technology. He was licensed as a Master HARV Class A by the state of Florida. In 1970, he and his brother Morris started Skaggs Inc., an air conditioning and electrical business, specializing in commercial and industrial systems. During this time, he also became a licensed building contractor completing many residential and commercial projects. During the 1980’s, he moved to facility management in the hospitality industry. He oversaw hotel renovations for large hotels in the central Florida area. In 1998, he joined Starwood Resorts completing major renovation projects all over the United States including Hawaii and in the Caribbean. Royce retired as Regional Director of Facilities Management in December of 2014. Royce had a long and distinguished career, but he always said his greatest accomplishment in life was his family. Royce enjoyed spending time with Sandy, his children and grandchildren, and being out on his tractor. He found joy in taking care of his land, watching John Wayne movies, and music such as Folk, Country and Celtic. Over the years, he instilled in his children and grandchildren the importance of good character and a love of history. He took the family on many trips and provided them with a wonderful life. He is survived by his wife, Sandra L. Skaggs, daughter and son-in-law Amanda Ann and Christian Bastian of Jacksonville, FL, daughter and son-in-law Carol Jane and Peter Albano of Greenville, GA, son and daughter-in-law Royce Alan and Regina Skaggs of Warm Springs, GA, grandchildren Tyler Alan Smith, Aaron Jacob Smith, Alexandra Dannielle Montano and her husband Elijah, Joseph Anthony Albano, and Gjerson Bastion. As well as brother Morris Russell Skaggs and wife Ada and sister CarolLee Simmons and husband Bill. A Celebration of Life will be held Friday April 23rd, 2021 at 1:00 pm at Osceola Memorial Gardens, 2000 13th St., Saint Cloud, Florida 34769, preceded by a public viewing from 11:00 am to 1:00 pm.

Mr. Royce E. Skaggs, 78, of Saint Cloud was called home to be with the Lord on Thursday April 15th, 2021. He was the youngest of five children born in Vincennes, Indiana on August 28th, 1942 to the late Lee Skaggs and Hettie Lee Purcell Skaggs.... View Obituary & Service Information

The family of Royce E Skaggs created this Life Tributes page to make it easy to share your memories.

Send flowers to the Skaggs family.