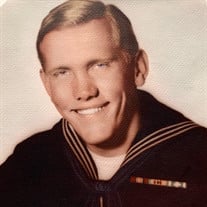 Robert Gerard McCarthy September 14, 1946 – December 9, 2021 Robert “Bob” McCarthy went to see the Lord our Savior on December 9, 2021. He led a remarkable life and will always be remembered for his kindness and his perseverance. We cannot leave out his love for telling (and re-telling) stories and being a prankster. Bob was a true kid at heart and he never let his difficult upbringing define his life. He was a very proud Dad and loved his kids and grandkids with all his heart. He was born on September 14, 1946 in Boston, Massachusetts to Elizabeth (Foley) McCarthy and Gerard McCarthy. His father abandoned him and his family at an early age. Bob spent the first 11-years of his life in public housing projects mostly in Dorchester and Roxbury, Massachusetts with his Mother (deceased 1957), Sister Patricia “Pat” (deceased 1983) and Sister Mary (deceased 2010). When his mother died, at age 11 he moved into his Uncle Paul and Aunt Margie Foley’s home. He had very fond memories of the 5-years he spent with his cousin Danny Foley in Hyde Park, Massachusetts and causing teenage mischief with Danny’s friend Danny Donovan. For his last 2-years of high school he lived with his sisters. Upon graduation he began working entry level positions in the banking industry in Boston, Massachusetts. Shortly after, he met his first wife Elizabeth “Betty” (Sturgis) when she and her friends stopped to ask Bob and Danny for directions to a party in Boston. Bob accompanied Betty to the party and the two started dating soon afterwards. They were married in 1968 in an unusual wedding at the time as Bob was raised Irish Catholic and Betty was raised English Protestant. Shortly after their wedding Bob started noticing a lot of his high school classmates coming home in coffins from the Vietnam War. Before he would have been likely drafted, Bob enlisted in the United States Navy. He attended Navy boot camp in the Great Lakes and met his friend Ron Manahan there. After boot camp he was sent to serve in Vietnam aboard a minesweeper. Bob had several tales of his time spent in the Navy. He finished his last tour aboard a nuclear submarine tender in San Diego, California. When he arrived home the Boston Bruins were building a championship team and winning multiple Stanley Cups. He enjoyed watching number 4 Bobby Orr with his friends and often told his son that Bobby Orr was the greatest hockey player ever. After his honorable discharge from the Navy, Bob and Betty began planning for a family. They were living in Roslindale, Massachusetts for a short time before moving to Weymouth, Massachusetts. In 1971, their son Darren was born and soon after they moved to Mansfield, Massachusetts. Bob started working for the Foxboro Company in the Information Technology (IT) division and he and Betty began saving for a house. In 1973, Bob’s daughter Cheryl was born and they moved into Bob’s first ever house that he owned in North Attleboro, Massachusetts. Bob’s love for gardening and growing vegetables began in North Attleboro as he worked tirelessly to create a garden on his own property. Bob loved coming home and seeing his children engaged in huge neighborhood games of kick ball and kick the can which he sometimes enthusiastically jumped in on the fun. As a father to an active Cub Scout, Bob went on several camping trips, even in torrential rain storms, which he pretended very hard to enjoy. He loved eating the creations that came out of his daughter’s easy bake oven and was always thrilled to go swimming with his kids on summer vacations to Cape Cod and Martha’s Vineyard. Even with the responsibilities of a family, Bob found time to obtain degrees from Johnson and Wales and Brown University. He used his degrees to further his professional career. In 1982, the McCarthy family said goodbye to North Attleboro and moved to the “Sawmill” in Swanzey Center, New Hampshire. Bob began his first tenure at National Grange Mutual in Keene, New Hampshire where he worked until 1986. His wife Betty passed away in 1986 from a long battle with cancer. Shortly after Betty’s passing he began working at Phoenix Mutual. One of his most memorable moments while at Phoenix, he and his staff created an incredible version of Michael Jackson’s Thriller for a Halloween contest. They easily won. With his connections at Phoenix Bob was often given tickets to the Hartford Whalers. He loved attending those hockey games with his son and daughter. Bob also became friends with Kathy McMahon at Phoenix and eventually realized he was being given another chance with a soulmate. Bob and Kathy were married in 1991 by their friend and Pastor, Gary Wehrwein. Bob had returned to National Grange Mutual in 1990 but this time in the Human Resources division. He later worked in their Richmond, Virginia and Jacksonville, Florida locations until 1995 when Bob and Kathy moved to Culpeper, Virginia. Bob became the Human Resources Director for Second Bank in Culpeper until his retirement in 1996. After Bob’s retirement he and Kathy moved one more time, this time to Myrtle Beach, South Carolina. Bob and Kathy loved the beach and the weather in Myrtle Beach. Bob loved growing peppers in his grow boxes on the patio. He had recently taken up the sport of pickleball which he was passionate about. His passion even led him to being featured on the local tv news regarding the growth of pickleball. Bob is survived by his beloved wife of thirty years, Kathy; his son Darren and Darren’s wife Pam of Rosenberg, Texas; his daughter Cheryl of Longmont, Colorado; grand-daughter Elizabeth of Boston, Massachusetts; grand-children Mary “Rory”, Sarah and Sam of Rosenberg, Texas and many in-laws, nephews and nieces that loved him very much. Details for his remembrance will be provided at a later date. In lieu of flowers, please consider making a donation in his name to: Hydrating Humanity, PO Box 11341, Winston Salem, NC 27116.

The family of Robert G McCarthy created this Life Tributes page to make it easy to share your memories.

Send flowers to the McCarthy family.