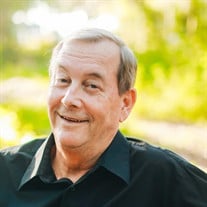 Mark Edward Anderson passed peacefully surrounded by his family early morning Sunday, January 16, 2022. He was born September 24, 1955 in Denver, Colorado to Earl M. Anderson and Elaine “Engblom” Anderson. He was the second of four children; Marty (deceased), Barbara, and baby Duane. There was always a running joke that Mark would not have to do household chores like his siblings because he had to practice the piano. Mark’s diligent piano practicing paid off, literally, for his scholarship to Wartburg College. Turns out it also paid off for his love life, as he met his future bride-to-be, Luralee. He graduated from Wartburg College in December 1977 and married Luri Lawfer in her hometown of Stockton, IL in June of 1978. This match made in music then proceeded to go on the road for 6 years, living out of hotels and a cargo van (aka Red Ruby.) They formed a variety of bands together until they became part of the house band at The Disneyland Hotel where they worked six nights a week in Anaheim, California in 1984. The next transition was prompted by the passing of their first child, LeRena in 1986. Needing a change, they found their next audience in Tokyo Disneyland. After 9 months, they came back to the States pregnant with a Japanese souvenir, Takara-chan. Upon returning, they planted roots in Winter Garden, Florida where they had a house built. Takara was born May 6, 1988, just three months after Mark started playing the ragtime piano on Main Street USA at Walt Disney World’s very own Magic Kingdom. Their youngest daughter, Alayna, was born June 26, 1991. During his music ministry, Mark served Trinity Lutheran Church of Kissimmee for a number of years but spent the majority of his service playing the organ and piano, arranging music, and directing the choir at First Presbyterian Church of Kissimmee. Outside of music, he loved watching sports, driving through the Rocky Mountains of Colorado, and playing golf. A man of few words, Mark channeled his love and communication through his musical fingers on the keys of a piano; fun, loud, and pure joy. He dedicated his life to music and making magical memories for countless strangers, friends, and family alike. He loved his family deeply and would be proud to tell you that he is lived on by his talented wife and his daughters, who have pursued a life in music as well. Please join us for a celebration of his life: Friday, January 21, 2022 Visitation 5 - 7pm First Presbyterian Church 15 Church Street Kissimmee, FL 34741 Masks required indoors Saturday, January 22, 2022 Service 11am Lunch & Music 12pm St. John’s Episcopal Church 1709 John Young Parkway Kissimmee, FL 34741 Masks required indoors Additionally, for all of you in Colorado who cannot make it to Florida this weekend, there will be another scheduled celebration on his birthday, September 24, 2022 in Colorado where both his brother and sister live.

The family of Mark Anderson created this Life Tributes page to make it easy to share your memories.