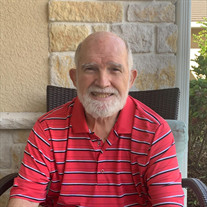 Luis Alberto Torres-Cruz, 67, of Orlando, FL left his earthly home on Thursday, August 26, 2021 after a valiant battle with Parkinson’s disease. Luis was born on May 28, 1954 to Miguel Angel Torres and Lydia Cruz in Arecibo, Puerto Rico. Several years later, he relocated to New Haven, CT where he attended Robert E. Lee High School. After graduating in 1972, he enrolled in the AOG Spanish Bible institute where he successfully completed a theology program in 1975. Post graduation, he moved to Florida and after attending the Palm Beach County Sheriff’s police academy, he began his lifelong career as a cross-trained corrections officer. He diligently served the community in that capacity for 31 years before retiring as a Lieutenant and Shift Commander in 2007. Luis was a tenacious and determined man of faith whose main priority in life was to provide for his family and give them the life he felt they deserved. He came from extremely humble beginnings and worked long and hectic hours, often sacrificing holidays and weekends, in order to ensure a secure future for his children. He also taught them the intrinsic value of hard work and how actions will always speak louder than words. Luis was also a passionate athlete. Chances were sky-high that if he wasn’t at work, you’d find him on a baseball diamond somewhere. He spent many years coaching Little League teams in Port St. Lucie, FL and even attended a professional umpiring school in his constant pursuit to become as well rounded a sportsman as possible. He was also an ardent Boston Red Sox, New England Patriots and Boston Celtics fan and it showed. He was surrounded by all sorts of memorabilia and apparel until his very last moments. Luis was predeceased by his mother Lydia Cruz. He is survived by his father Miguel Torres, his three children, Sue Torres-Reyes, Becky Moore, Luis Torres II, his rambunctious grandson Lorenzo Moore, his furry granddaughter Minute Reyes, his son-in-law, Edward Moore, his brothers Jerry, Francisco, Angel, Miguel and Eliezer and his sisters Irma, Nancy and Margarita. His children ask that his request for a private interment be respected. All flowers and notes can be sent to Osceola Memory Gardens, 1717 Old Boggy Creek Rd, Kissimmee, FL 34744.

Luis Alberto Torres-Cruz, 67, of Orlando, FL left his earthly home on Thursday, August 26, 2021 after a valiant battle with Parkinson&#8217;s disease. Luis was born on May 28, 1954 to Miguel Angel Torres and Lydia Cruz in Arecibo, Puerto Rico.... View Obituary & Service Information

The family of Luis Alberto Torres-Cruz created this Life Tributes page to make it easy to share your memories.

Send flowers to the Torres-Cruz family.