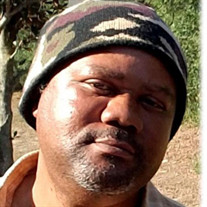 Kirk Anderson St. Clair Leonards was born on May 9, 1973 to Catherine Leonards and the late Hugh Springer in Bridgetown, Barbados. As a child, Kirk was extremely funny, playful, and loved to tell and play practical jokes. Kirk was a great athlete, and loved to play basketball, He would stay on the court for hours! He was also extremely intelligent, and excelled in math and science in school. Kirk was kind, compassionate, and loved animals. He never met a puppy or kitten he didn’t want to bring home. Since he couldn’t have a puppy or a kitten, he settled for an aquarium full of fish. Kirk was an avid comic book collector, he also enjoyed drawing comic book characters. His favorite character to sketch was Spiderman. He became quite good at it and even had dreams of one day working at Marvel comics as an artist. During his high school years he moved around quite a bit. He started in Queens, NY, then landed here in Orlando when the family moved to Florida. Deciding the typical four year high school diploma wasn’t the route he wanted to take, he moved to Rapid City, SD with his older brother, and entered the Job Corp program. Where he not only earned his high school diploma, but also a welding certificate. After high school, Kirk decided to follow in his older brother’s footsteps, and serve his country by joining the U.S Navy. After a brief stint in the Navy he returned to Orlando. Kirk will be dearly missed. We will never forget his smile, the sound of his laughter, and the countless memories of better times. Kirk leaves behind his mother Catherine, and his four siblings, Shawn, Wayne, Petula, and Jason Springer; his niece Jasmine and nephew Darien Leonards; as well as several aunts, uncles, and cousins. The family will receive friends on Monday March 22, 2021 from 2:00 PM - 4:00 PM in the funeral home chapel. Followed by a funeral service at 4:00 PM. Arrangements are under the care of Osceola Memory Gardens Cemetery, Funeral Home and Crematory 1717 Old Boggy Creek Road, Kissimmee, FL 34744. 407.847.2494. www.osceolamemgds.com.

Kirk Anderson St. Clair Leonards was born on May 9, 1973 to Catherine Leonards and the late Hugh Springer in Bridgetown, Barbados. As a child, Kirk was extremely funny, playful, and loved to tell and play practical jokes. Kirk was a great athlete,... View Obituary & Service Information

The family of Kirk A. Leonards created this Life Tributes page to make it easy to share your memories.

Send flowers to the Leonards family.