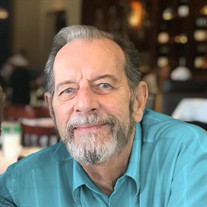 Eugene “Gene” Thomas Reidy, 80, of Kissimmee, Florida, passed away Wednesday, December 1, 2021. He was born and raised in Brooklyn, New York and relocated to Kissimmee in 1989. He graduated from St. Agnes Boys High School in New York, New York and earned an Associate Degree from Fordham University. Gene is survived by his daughter and son-in-law Sally Ann and Eddie Healey, daughter Kathy Reidy, daughter and son-in-law Jean Ann and Frank DiPolo, son Eugene Reidy, grandchildren Christopher and Meagan DiPolo, Ryan and Madison Healey, and Kassidy Aldrich-Reidy, sister Betsy Lynch, sister Dolores Cunningham and many nieces and nephews. He was preceded in death by his loving wife Sally Reidy, his parents Eugene and Rose Reidy, sister and brother-in-law Marie and Tom Cutter, brother-in-law Dan Lynch, and brother-in-law George Cunningham. Gene married his high school sweetheart Sally in 1962. He would say Sally chased after him, but if you asked Sally, Gene was head over heels for her – but neither could deny they were perfect for each other. They raised a beautiful family in Brooklyn where Gene served as a New York City firefighter for 28 years. After retiring, Gene and Sally moved to Kissimmee, where their family grew and they became RaRa and Pa-Paw. Gene was incredibly smart, thoughtful, and creative. He loved his family and was always there to lend a hand whenever needed. He often helped friends and family with their home improvements; from patio decks to furniture, his craftsmanship skills mixed with the love he put into his work created pieces that will be cherished forever. Gene also loved history and trivia – his knowledge and quick-wittedness made him the person family went to for help with schoolwork or a project. Just ask his grandkids, who often said that “Pa-Paw could fix anything.”

Eugene &#8220;Gene&#8221; Thomas Reidy, 80, of Kissimmee, Florida, passed away Wednesday, December 1, 2021. He was born and raised in Brooklyn, New York and relocated to Kissimmee in 1989. He graduated from St. Agnes Boys High School in New... View Obituary & Service Information

The family of Eugene T. Reidy created this Life Tributes page to make it easy to share your memories.

Send flowers to the Reidy family.