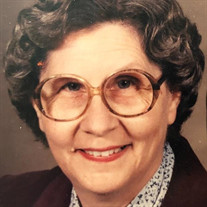 Ella Lee Albea Parris passed away on November 18, 2021. She was the only daughter of Emmett R. and Lula Limbaugh Albea, and was the youngest of five children in the family. She also had ten half-brothers and sisters as the result of previous marriages of Mr. and Mrs. Albea. Ella Lee was the last surviving member of the four brothers, four half-brothers, and six half sisters. Ella Lee was born on June 29, 1927, in Ashby, Alabama, where her father was the Southern Railway agent. Her early years were spent in towns along the railway lines between Selma and Mobile. Upon the retirement of her father in 1935, the family moved to Piedmont, Alabama. It was at the beginning of the 1940-41 school year that she began the 8th grade in Roy Webb Junior High. It was there that she met the love of her life, James Parris, who would become her husband on September 23, 1949. Upon graduation from Piedmont High School in 1945, Ella Lee began preparation for a career in teaching at Jacksonville (Ala) State Teachers College before transferring to the University of Tennessee. Ella Lee is the mother of Patsy (Gary) Garon and Steven (Heidi) Parris. When Steve was born in Kissimmee, Florida, in 1954 Ella Lee decided that she would devote her life to the rearing of her two children rather than pursuing a career in education. She was proud of the Christian lifestyle of her children, as well as her grandchildren, and great-grandchildren. At the time of her death Ella Lee was a member of First Baptist Church, Kissimmee. Previously, she had been a member of First Baptist Church, St. Cloud; Forest Heights Baptist Church, Tallahassee, and churches in Knoxville, Tennessee. As a member of First Baptist St. Cloud, Ella Lee was active in Sunday School where she taught a Women’s Class after her children became teenagers. She was also active in Women’s Missionary Union (WMU), and was especially encouraging of Patsy to participate in Girl’s Auxiliary (GA’s) where Patsy attained the level of Queen Regent. While at Forest Heights, Ella Lee taught a Sunday School class of ladies near her age. She was well known for her class parties where members of the class and others were participants in various humorous activities. Ella Lee will be dearly missed by her surviving family: husband, James; daughter, Patsy; son, Steve; six grandchildren; twelve great-grandchildren; and two great-great-grandchildren. She is also survived by several nieces and nephews. Visitation will be on Tuesday, November 23, 2021 from 6-8 PM at Osceola Memory Gardens Funeral Home, 2000 Thirteenth Street, St. Cloud. The funeral will be at 11 AM on Wednesday November 24, 2021, at Osceola Memory Gardens, St. Cloud. Interment will follow at Osceola Memory Gardens, Old Boggy Creek Road, Kissimmee.

Ella Lee Albea Parris passed away on November 18, 2021. She was the only daughter of Emmett R. and Lula Limbaugh Albea, and was the youngest of five children in the family. She also had ten half-brothers and sisters as the result of previous... View Obituary & Service Information

The family of Ella Lee Albea Parris created this Life Tributes page to make it easy to share your memories.

Send flowers to the Parris family.