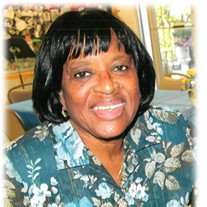 Cassell Beatrice Beckles was born August 3, 1943 in Brooklyn, NY. Although she was the only child of the late Vivian Walker and Chesterfield Walker, she was never lonely. After residing in Brooklyn until the age of three, she moved to Ozone Park in Queens, New York where she resided with her grandparents. Cassell's love for dance was cultivated at the age of seven years old at the Bernice Johnson Dancing School. Dance was one way she expressed herself when words were insufficient. This passion for dance led her to work professionally with people like Ben Vereen. Cassell was academically smart throughout her years at St. Pius School and John Adams High School where she graduated in three and a half years. She received prestigious awards and medals during her school years. She went on to further her pursuit in higher education at New York Community College and St. John's University where she obtained her Bachelor degree in Medical Technology. Her successful career of 22 years started as an intern at St. Mary's Hospital in Brooklyn, New York, in which she was made the Catholic Medical Central Laboratory Serology Supervisor. Even though Cassell retired in 1997, her love continued to shine brightly. She found new opportunities to socialize and help her family, friends and community. Cassell met Kenneth her "Prince Charming" and after a short romance, there was no denying how much they loved each other. They were married on September 21, 1968 and to this union they had two sons. They moved to Florida after retirement. Cassell came out retirement to work for the Osceola County School system as an attendance clerk and medical specialist assistant at Gateway High School. Cassell attended St. John Episcopal Church. She was a member of the Caribbean and Floridian Assoc. Inc., and Barbados Association of Central Florida. She participated in many charitable organizations. She leaves to mourn her loving husband, Kenneth, two sons, Kenny (Aisha) Beckles and Kevin (Kathy) Beckles; 6 grandchildren, Kenny, Jr., Kahlil, Karlos, Kiya, Kaya and Carter, two brothers-in-laws, Lisle (Lorena) Beckles and Ollie (Juliana) Beckels; two sister-in-laws, Monica (Philip) Branker and Norma Beckels and a host of nieces, nephews and friends. May she rest in peace. The family will receive friends on Saturday Mat 14, 2022 from 10:00 AM to 11:00 AM at The Church of St. Luke and St. Peter, 2745 Canoe Creek Road, St. Cloud, Fl 34772. A Funeral service will be conducted at 11:00 AM. Interment will follow in the Garden of Remembrance of Osceola Memory Gardens Cemetery in Kissimmee. Arrangements are under the care of Osceola Memory Gardens Cemetery, Funeral Home and Crematory, 1717 Old Boggy Creek Road, Kissimmee, FL 34744. 407.847.2494. www.osceolamemgds.com

Cassell Beatrice Beckles was born August 3, 1943 in Brooklyn, NY. Although she was the only child of the late Vivian Walker and Chesterfield Walker, she was never lonely. After residing in Brooklyn until the age of three, she moved to Ozone... View Obituary & Service Information

The family of Cassell B. Beckles created this Life Tributes page to make it easy to share your memories.

Send flowers to the Beckles family.